Medjugorje - Our Lady's Christmas 2009 Messages to the World

A belated Merry Christmas to all of you!

I hope your Christmas was healthy, happy, and gave you an opportunity to reflect on what this holy day means for you. I encourage you to take at least one quiet moment in the midst of all of the traveling, opening presents, and catching up with friends and family to meditate upon how God loved us so much he gave us His only Son so we could be forgiven for our sins.

Below you will find the official English translations of Our Lady's December 25th messages to the world, as given to us by the Information Center in Medjugorje, via Steve and Ana Shawl of Medjugorje Web. And yes, I did mean to type "messages" (plural) because we now have access to the annual Christmas message to Jakov Colo (one of the visionaries), in addition to the regular monthly messages received by Marija Pavlovic.


Our Lady's Monthly Message (through Marija): 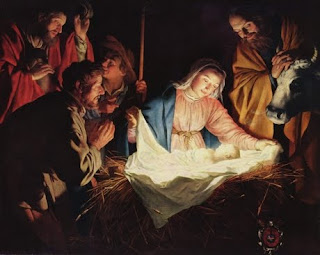 “Dear children! On this joyful day, I bring all of you before my Son, the King of Peace, that He may give you His peace and blessing. Little children, in love share that peace and blessing with others. Thank you for having responded to my call.” 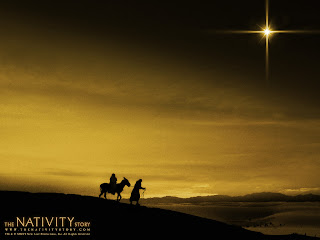 “Dear children!  All of this time in which God in a special way permits me to be with you, I desire to lead you on the way that leads to Jesus and to your salvation. My little children, you can find salvation only in God and therefore, especially on this day of grace with little Jesus in my arms, I call you to permit Jesus to be born in your hearts. Only with Jesus in your heart can you set out on the way of salvation and eternal life. Thank you for having responded to my call.”

Posted by Unknown at 8:22 AM No comments: Links to this post


A ministry at my church Friday night offered a viewing of a movie titled The 13th Day. Here is a summary and my review. Click the image below to watch the movie trailer. 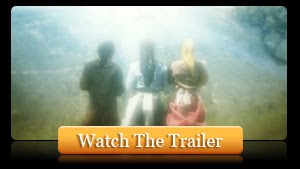 Those new or experienced with Fatima or Medjugorje apparitions.

The 13th Day is a film about the six reported apparitions of Our Lady, between May 13th and October 13th of 1917, to three shepherd children in Fatima, Portugal. It is based upon the memoirs of Lucia Dos Santos, one of the children who later became a Carmelite Nun and who passed away just four years ago. She was the last surviving Fatima visionary. 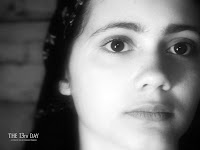 The movie is presented as a narrative by Sister Lucia - 15 years after the apparitions -  as she writes from her convent and recalls the experiences she and her cousins, Jacinta and Francisco Marto, shared those six months. The story starts a day or two prior to the apparitions and takes viewers through the first days of the apparitions, the trials she and her cousins suffered - including death threats and imprisonment by Portugese authorities - and the secrets relayed by Our Lady to the children (the rise of Russia, the coming of World War II, the assassination attempt on Pope John Paul II). It concludes with the final apparition, during which Our Lady gave a miraculous sign to the roughly 70,000 people who had gathered in Fatima that day.


The film is mostly in black and white, with color mixed in for dramatic effect when Our Lady appears to the children and when the miraculous sign (the Sun spinning in the sky and plummeting toward Earth) occurs. While I'm not a trained film critic, I would classify the movie as having an early-20th Century style (kind of 1940's-ish). 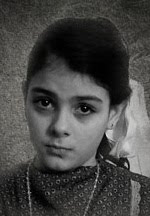 One new thing I learned: Jacinta Marto, who passed away at the age of 10 from an influenza epidemic in 1918, had her body exhumed 15 years after the apparitions. Her body was found to be incorrupt.


Why this is a good resource: It has been over 90 years since the amazing events of Fatima occurred. Much has been written about them, but this is probably one of the best dramatic representations available

Final thoughts: Younger audiences may find the acting to be a little "cheesy". Mel Gibson set the bar very high on religious films with Passion of The Christ because he had a large budget and could afford top-quality talent. The 13th Day was obviously created with a much lower budget but I think the directors still did a good job of relaying the overall message and the movie holds value as a resource about the messages God is trying to give us through Our Lady. Watch this with an open heart and remember it is a good thing the Fatima apparitions are being retold, as they were (and still are) so important. 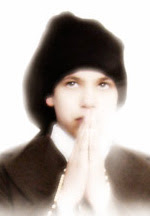 You can read other reviews and
purchase The 13th Day - new or used, at Amazon.com

Posted by Unknown at 8:42 AM No comments: Links to this post

Email ThisBlogThis!Share to TwitterShare to FacebookShare to Pinterest
Labels: The 13th Day

Below is the official English version of Our Lady's December 2nd message to Mirjana. This is a message for unbelievers, and should be read with that context in mind. This message is brought to us by Steve and Ana Shawl, of Medjugorje Web 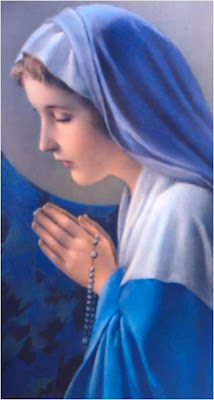 "Dear children. At this time of preparation and joyful expectation I, as a mother, desire to point you to what is the most important, to your soul. Can my Son be born in it? Is it cleansed by love from lies, arrogance, hatred and malice? Above all else does your soul love God as your Father and does it love your fellow brother in Christ? I am pointing you to the way which will raise your soul to a complete union with my Son. I desire for my Son to be born in you. What a joy that would be for me as mother. Thank you."


Posted by Unknown at 5:31 PM No comments: Links to this post